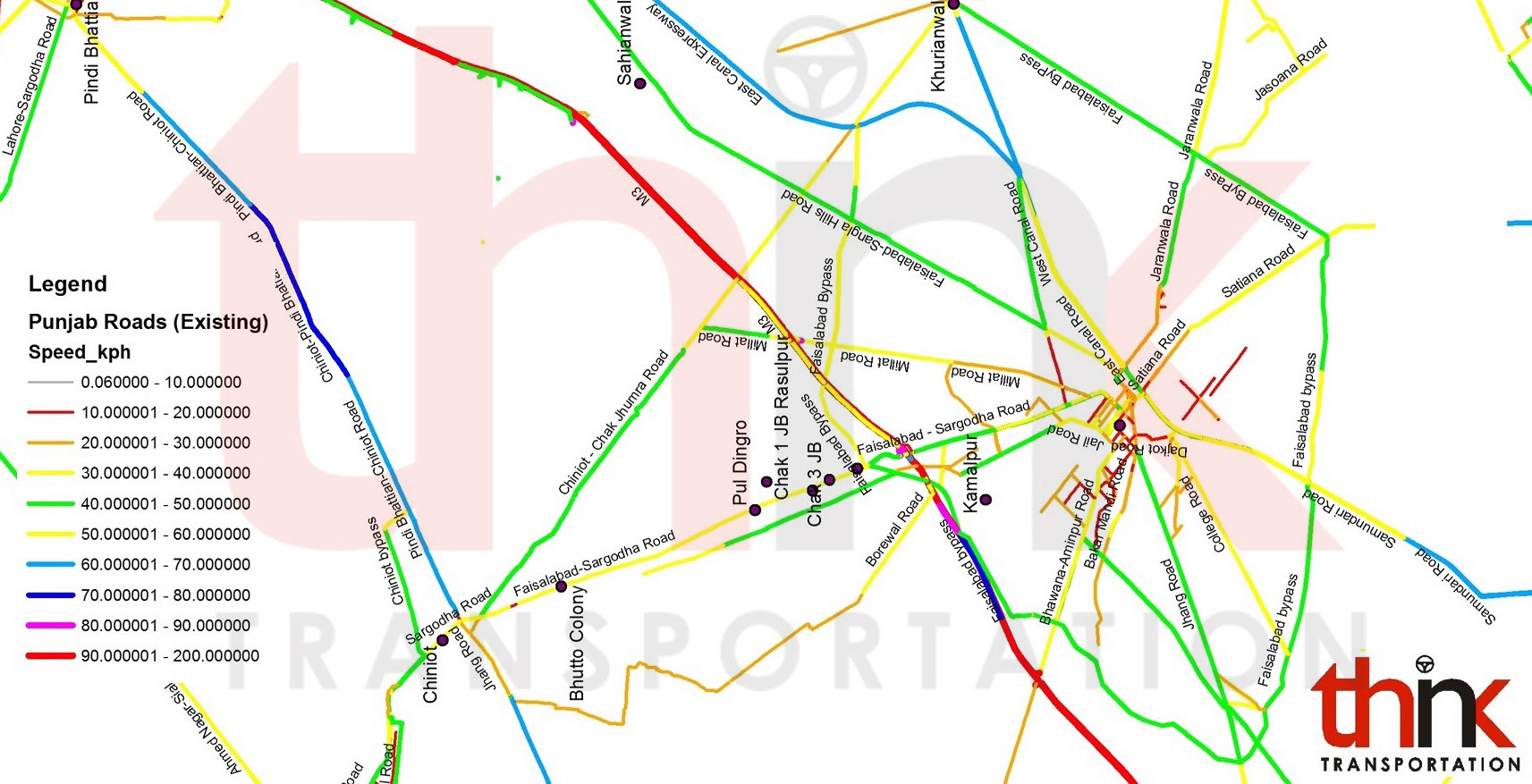 Faisalabad District, having a total area of 5856 Km is situated between longitude 73⁰ and 74⁰ East, Latitude 30⁰ and 31.5⁰ North and at an elevation of 605 feet above mean sea level. It is bound by Hafizabad, Jhang and Toba Tek Singh districts towards North and North West. Sheikhupura, Okara and Sahiwal lie in its East and South East. The district is not separated by any natural boundaries from the adjoining districts. It comprises of sic tehsils namely; Faisalabad City, Faisalabad Saddar, Samundri, Jaranwala, Tandiwala, and Chak Jhumra.

River Chenab flows about 30 Kmin the North West while River Ravi meanders about 40 Km off the city in the South East, across which lies Okara. Lower Chenab canal is the key source of water for agriculture purpose and caters about 80% of the total requirements of the cultivated land.

Faisalabad city is also known as “Manchester of Pakistan” for being a significant contributor in the GDP of Pakistan. The progress of trade and expansion of economic markets in the city is primarily owned to its location that is at a road and a railway junction. Faisalabad is surrounded by villages, where agriculture is the main source of bread-earning. The lower Chenab serves for irrigation of cotton, sugarcane, wheat, vegetables and fruits, which amounts to 55% Pakistan’s exports. Besides agriculture, Faisalabad also houses manufacturing and repair industries like major railway repair yards, engineering works and mills that progress sugar, flour and oil seed. Produce includes superphosphates, cotton, and silk textiles, hosiery, dyes, industrial chemicals, beverages, apparels, pulp and paper, printing, agricultural equipment and ghee.

This study is validation of traffic parameter obtained from previous study. Traffic Study report comprises of findings and analysis of the data concerning volumes and composition / classification of traffic on Faisalabad – Chiniot Road. Data has been obtained from historic sources and by carrying out fresh traffic studies on the proposed Project Road Section.

The study was bespeaking to fulfill the requirements instated in the scope of works section of the Project’s terms of reference. A series of surveys and studies were carried out to acquire vital information to serve as a basis for analysis including traffic surveys including video graphic surveys and Manual Classified Traffic Counts at mid blocks and Peak Hour Turning Movement Counts at Intersections, Origin – Destination Surveys, Willingness to Pay Surveys and study of the existing route characteristics. The data was organized and analyzed to obtain futuristic traffic needs and volumes for up to 25 years; to calculate level of service year-by-year by carrying out capacity analysis and lane requirements after completion of the project.

The computer based model is developed after validation of traffic parameters along with origin destination survey results, to determine travel time, distance and cost saved by vehicles through using improved facility. This information is then used in financial model to examine the feasibility of project for BOT basis. 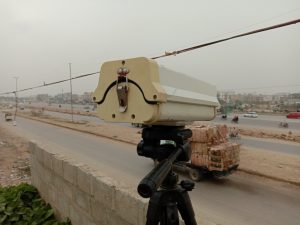 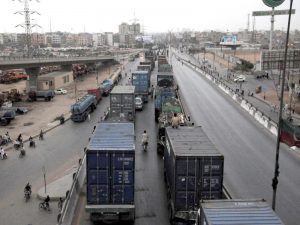 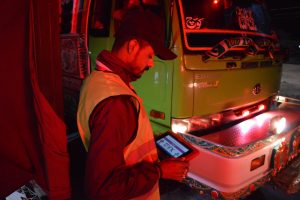 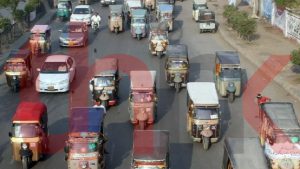 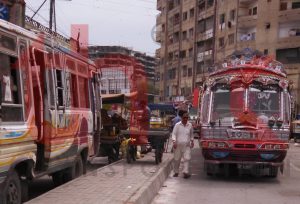 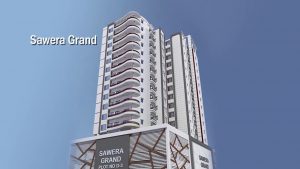 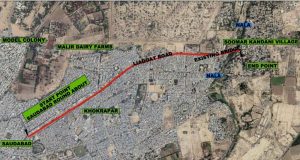 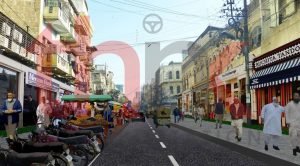 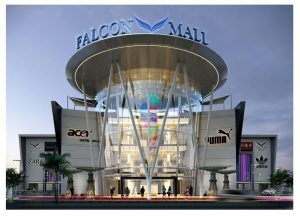 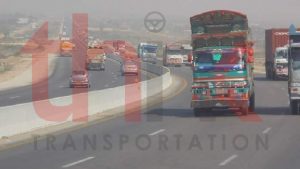 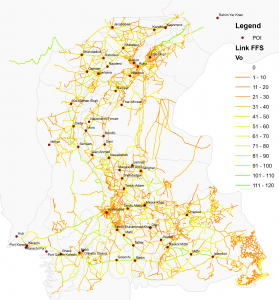 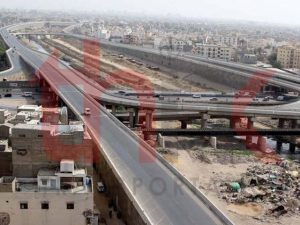 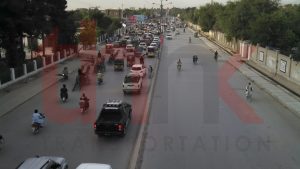 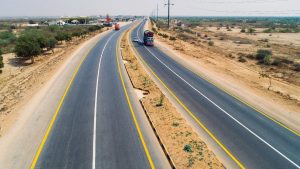 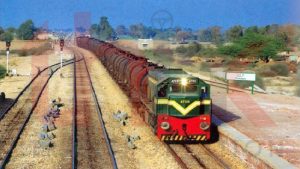 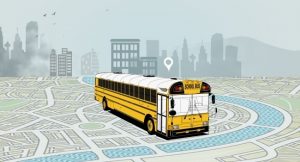 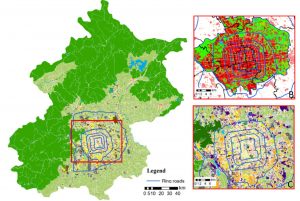 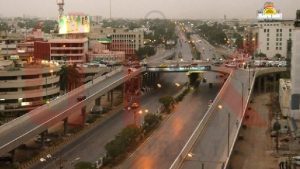 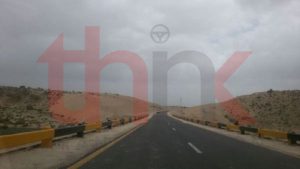 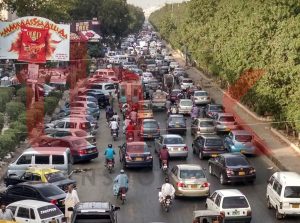 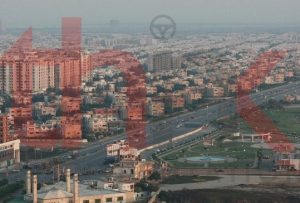 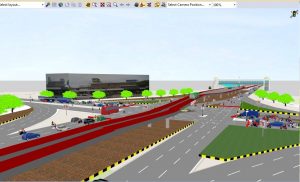 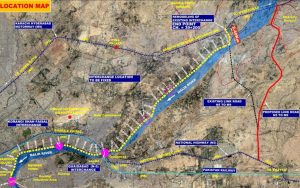 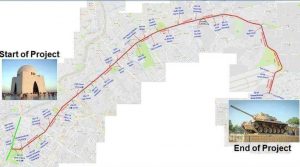 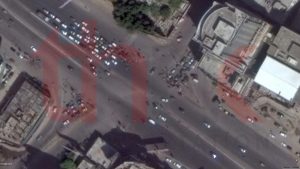 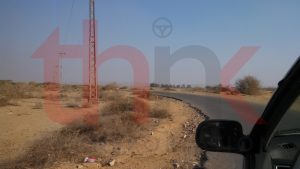 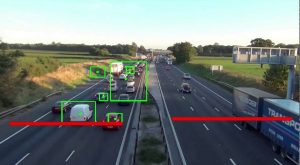 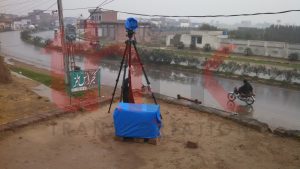