Sargodha is the 11th largest city in Pakistan with a population of 1.5 million. It is also an administrative center of Sargodha Division located in the Punjab province, Pakistan and one of the fastest growing cities in Pakistan. Sargodha is located 172 kilometres northwest of Lahore, in Sargodha District. It lies about 30 miles from the M-2 motorway, which connects Lahore and Islamabad. It is connected to the M-2 by several interchanges at different locations. Sargodha is roughly 94 km from Faisalabad, due southeast. Directly east connected by the M-2 motorway are Lahore and the route to Rawalpindi and Islamabad. Due east is the city of Jhang; toward the west are the city of Mianwali and the Chashma Barrage. Dera Ismail Khan is located 232 km southwest from the city.

It has Pakistan’s best Citrus producing space. It plays its vital role in exchange by exporting its Citrus merchandise. Sargodha Textile Mills and Midday Sugar Mills also are earning exchange through their finished merchandise. The duty opportunities have also been provided by the aforementioned mills. The business of stone crushing is also a source of financial gain, employment for local community. Sargodha supplies very best quality of crushed stone everywhere the country.

The study was bespeaking to fulfill the requirements instated in the scope of works section of the Project’s terms of reference. A series of surveys and studies were carried out to acquire vital information to serve as a basis for analysis including traffic surveys including video graphic surveys and Manual Classified Traffic Counts at mid blocks and Peak Hour Turning Movement Counts at Intersections, Origin – Destination Surveys, Willingness to Pay Surveys and study of the existing route characteristics. The data was organized and analyzed to obtain futuristic traffic needs and volumes for up to 25 years; to calculate level of service year-by-year by carrying out capacity analysis and lane requirements after completion of the project.

The computer based model is developed after validation of traffic parameters along with origin destination survey results, to determine travel time, distance and cost saved by vehicles through using improved facility. This information is then used in financial model to examine the feasibility of project for BOT basis. 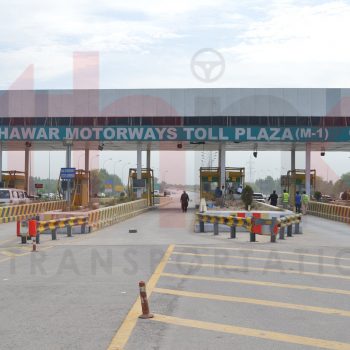 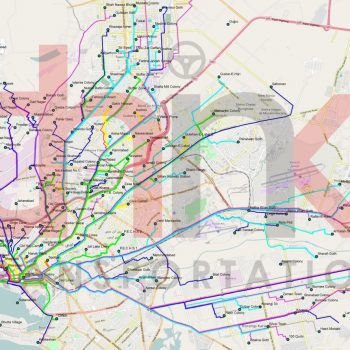